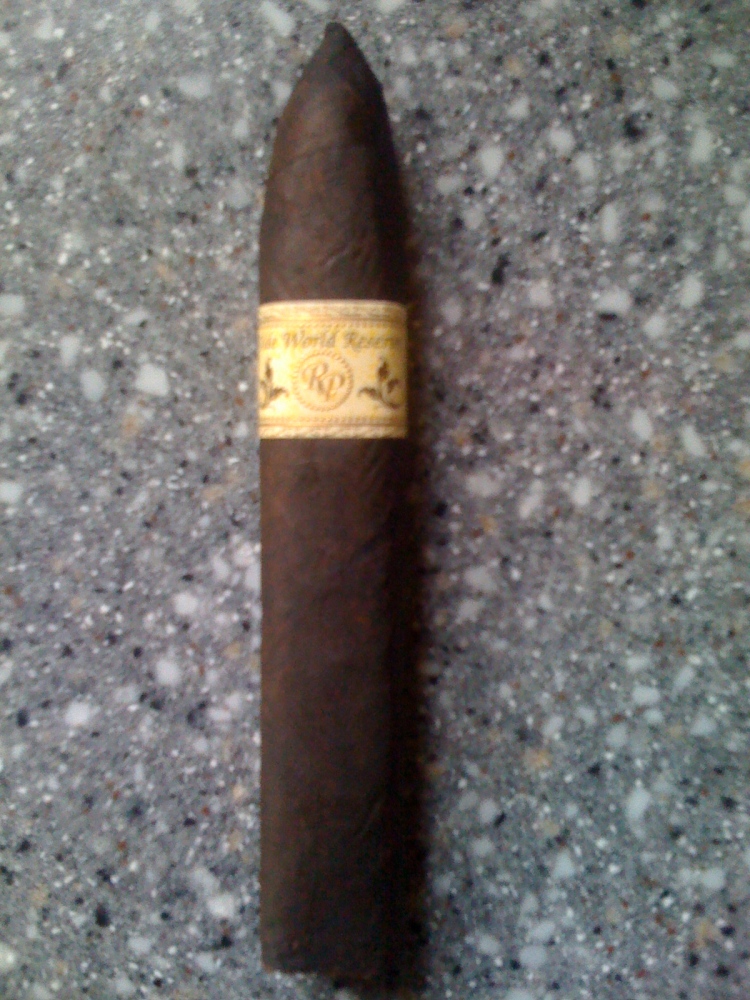 Hello everyone, today I am reviewing Rocky Patel’s Olde World Reserve “Maduro” torpedo, which received the ranking of number 8 in the Cigar Aficionado 2009 top cigars list. This is a cigar that I wanted to review way before this cigar was ranked by them but some how it slipped through the cracks. Anyway I obtained one and now it’s time to see if it really lives up to the ranking it received.

My Observations: The cigar is a nice chocolate monster that commands attention when you first lay your eyes on it. The cigar is nicely rolled and is complimented by it’s small non noticeable veins. On my finger touch inspection, I found no soft spots and no blemishes. Over all a great constructed cigar.

Cigar Label: A very nice and interesting design chosen by Rocky Patel. The colors consist of yellow, white, brown, and gold. It is sure to grab your attention once you see it.

Burn line: Even for most of my smoke.

Liked it: Yes I did!

Hint: I agree with the ranking that it received.