Hello everyone, today I am reviewing the Room 101 LTD Edition Conjura by Camacho Cigars and Matt Booth. I am hoping that this cigar will be as nice as the first Room 101 released a couple of years ago. Now I came across this cigar while spending a gift certificate at Mr. Cigar in North Providence, RI. I have wanted to try this one since it was released but just didn’t seem to come across it at my local B&M’s. So now you have the history on how I found it, lets see if it passes the mighty Stew test or not.

My Observations: This cigar was poorly rolled from start to finish that included patches around the wrapper in attempt to hide the rollers mistakes. To tell you the truth, I was totally stunned that it actually made it past the quality control stage and then placed in a box to be shipped to the B&M’s to be sold at $10.50. I truly expected more from the folks at Camacho Cigars but so far this is not the case.  Please note as I stated in my earlier reviews “The look has nothing to do with the smoke and you should not judge the stick on that fact alone!”  but so far, I’m not really expecting much.

Finally, as I spun this stick through my fingers I did find many soft spots and really not sure why after it was housed in my humidor that is kept at 68 to 70.

Cigar Label: Black and silver which reminds me of the Oakland Raiders. Colors blend well and its about the only thing that saves this cigar in the appearance department.

Flavors: The 1st third of this cigar consisted of  pepper, earth, and coffee. The 2nd third consisted of pepper, earth, coffee, and cocoa. I must note that during the 2nd third a bitter harsh flavor reared its ugly head and put a serious damper in the enjoyment department. Due to this fact, I was really hoping that this smoking experience would end so that I could end this misery. The last third continued with the harshness which over powered the coffee, earth, and cocoa. Finally, I must mention that I had to re-light several times during this review and if it hadn’t been for this review it would have sailed over the railing of my  deck during the 1st third. What a  true disaster. 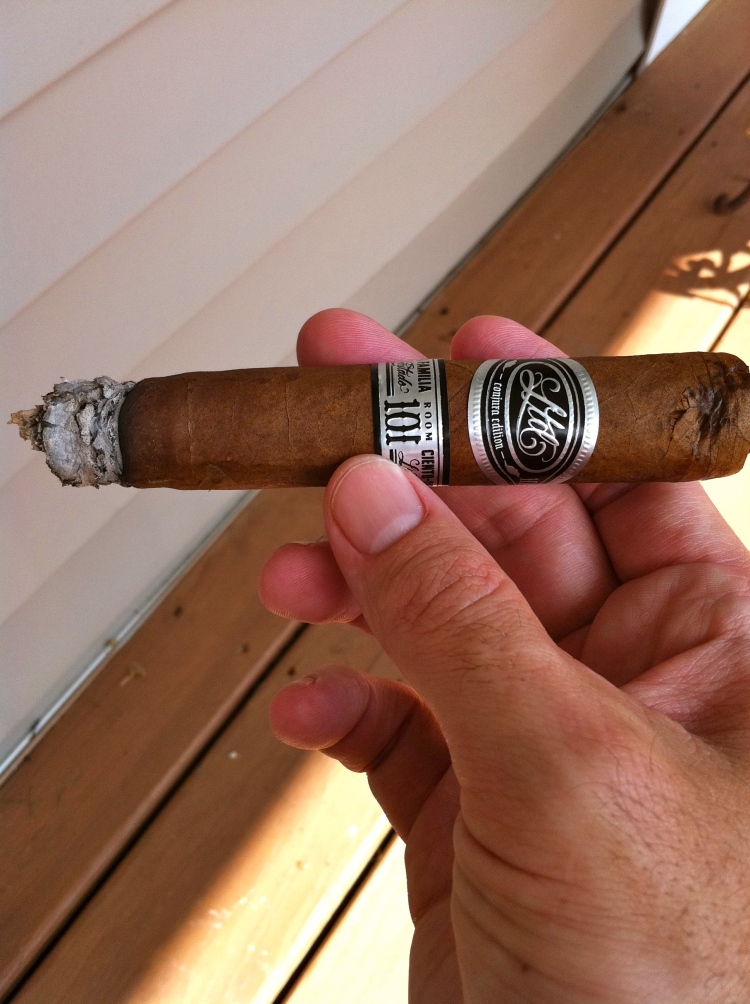 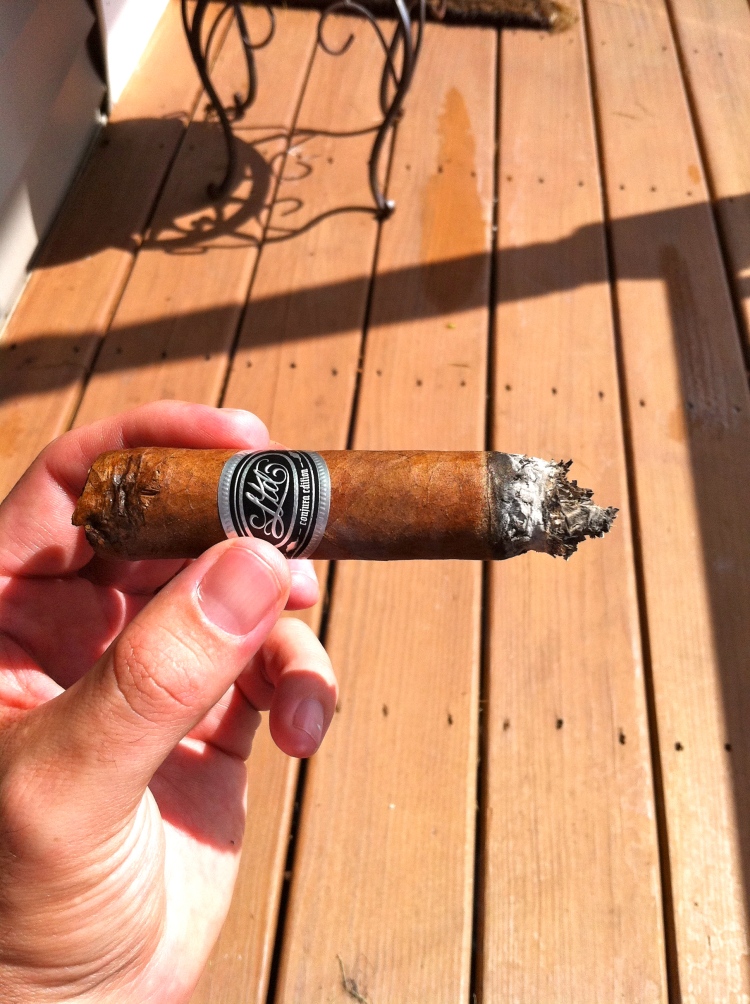 Burn line: Jagged at times but seemed to correct itself.